RBB Bancorp is set to IPO on Wednesday (7.26) and plans to raise $82.8 million through the offer of 3 million shares at an expected price range of $22-24 per share.
Assuming RBB Bancorp prices at the mid-point of its proposed range, it would command a fully diluted market cap value of $373 million.
We are hearing that there is solid demand for this deal.
We recommend investors buy this IPO.

LA-based commercial bank, Royal Business Bank (RBB) will make its market debut on Wednesday (7.26) and expects to raise 82.8 million pricing its shares between $22 and $24. The bank is offering 2.1 million shares with 892,000 shares being offered by selling shareholder. The company intends to contribute approximately $25 million of its net proceeds to Royal Business Bank, its wholly-owned banking subsidiary, and to use the rest for general corporate purposes such as growth initiatives like future acquisitions.
Assuming shares price at the mid-point range, RBB Bancorp will have a market cap value of $373 million.
Underwriters for the IPO include: Sandler O'Neill, Keefe Bruyette Woods, Stephens Inc., FIG Partners.
We previewed the deal on our IPO Insights Platform.

RBB Bancorp was founded in 2008 with the mission of providing commercial banking services to first generation immigrants, initially concentrating on Chinese immigrants, and now, marketing to other Asian ethnicities as well. The bank’s management team has utilized its strong local community ties as well as relationships and credibility with federal and California bank regulatory agencies to build up its client base and operations.
RBB Bancorp serves all ethnicities. However, its marketing focus was initially on first generation Chinese-Americans who favored working with banks which conducted business in their native languages.

More Over Gateway Cities: Why Texas Is Attractive To Foreign Investors

Foreign investors have historically been interested in one type of property: trophy office assets in the central business districts of gateway cities. But as the foreign investment climate diversifies and evolves, Texas has come to stand out as one of the most attractive markets for global dollars. 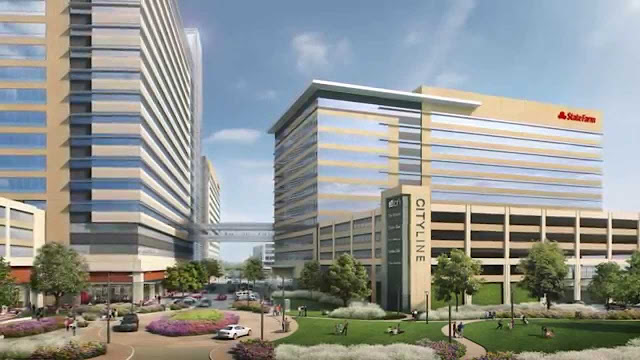 Texas now outpaces both California and the U.S. average for foreign investment as a percentage of total sales volume, according to CoStar. Its increase in direct foreign investment since the Great Recession is rivaled only by New York. (CoStar tracks mainly direct and announced joint ventures and does not typically include fund investments.)
“Foreign investments in Texas have changed, and while I wouldn’t say it’s been a huge paradigm shift, you should pay attention,” Cushman & Wakefield executive managing director Beth Lambert said. “As [foreign investors] get more sophisticated in our country, they tend to spread out from product type and still need to chase yield. If you’re looking to gather incremental return, gateway cities are tough to do that.”

Since 2011, Texas has been behind only New York and California for total new foreign direct investment projects. Last year, foreign buyer sales volume exceeded $5B in the Lone Star State, or about 15% of all sales, according to CoStar. That is a huge leap from 2008 and 2009, when foreign investment accounted for less than 2% of all sales volume in Texas. The tail end of 2016 and Q1 of 2017 saw a modest decline in Texas, but that seems to represent a blip rather than a strong negative trend.

More than 50% of foreign direct investment projects into Texas originated from western Europe, predominantly the United Kingdom, Germany and France, according to the Texas Economic Development Corp. 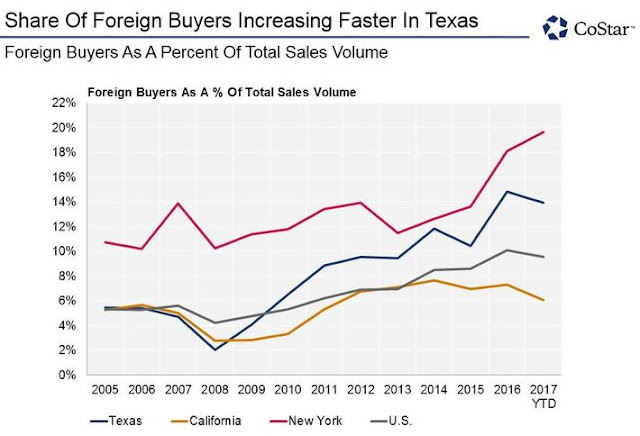 Courtesy of CoStar Foreign Buyers in Texas, California, New York and the U.S.

In 2015, $3.1B of cross-border investment was pumped into the Texas industrial sector compared to $4.6B of domestic investment, according to Real Capital Analytics. That $3.1B far exceeds the $156M invested into industrial assets from cross-border funds in 2016. So far in 2017, foreign investment has pumped $227M into Texas industrial product.
“Ten or 15 years ago you started to see industrial portfolios spread across multiple cities [trading],” Fraker said. As e-commerce and last-mile distribution become more imperative, industrial portfolios offer opportunities of scale, Fraker said.

“Over the last 20 years, it’s gotten easier to get to Texas from the coasts. But Texas is the next logical place,” Latham said. 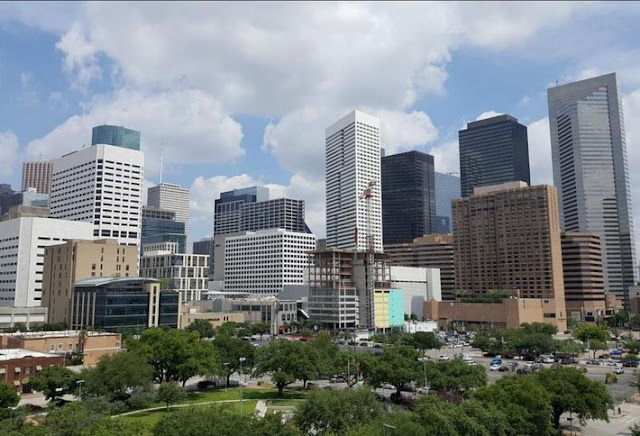 Push factors can be just as important as pull factors, Latham said. Many countries with high concentrations of wealth are facing currency valuation issues, overbuilding and government instability.

While those factors do not make Texas more attractive than, say, New York or San Francisco, the Lone Star State often serves as a next frontier for foreign money looking to spread itself out into other markets or increase its amount in real estate holdings.
“When looking at risk profile, there’s a natural tendency to diversify, and Texas is a diverse state in all aspects,” Lambert said. DFW's economy is supported by many sectors, Houston has strong ports, Austin is blossoming into a major metro, and San Antonio provides incremental and stable economic growth. 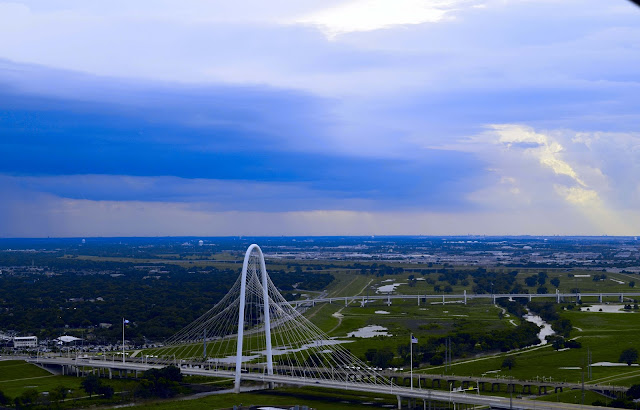 Institutional investors, both foreign and domestic, have also increased their percentage of real estate holdings from about 5% of total equity 10 years ago to double that today, Fraker said.

Posted by Pacific Century Realty at 9:25 AM No comments: 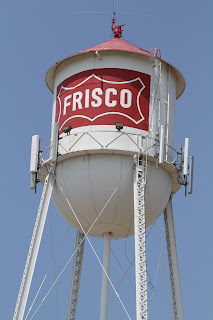 A Chinese manufacturer of building materials, hardware and home goods is readying plans to make way for a massive retail hub along the U.S. 380 corridor in Frisco, sources say.

The real estate rumblings come after an affiliate of Lesso America Inc., a subsidiary of China Lesso Group Holdings Ltd., acquired two tracts of land totaling more than 76 acres in Frisco for a new mall development site in June 2016.

Lesso America President Victor Lin did not respond to interview requests. Real estate sources say Lesso America is working on plans to build a multi-story retail center that would be a hybrid between an Ikea and a Home Depot with a focus on serving the growing North Texas suburbs.

If developed, this could be one of the first Lesso Mall developments to appear in the United States. But other U.S. locations could be in the mix.

In April, China Lesso acquired an underperforming mall, called Mall at the Source, in Westbury, New York, for a reported $90 million. The company has kept quiet about plans for the East Coast retail property.

Upon Lesso making its foray into Australia with a new store in Sydney, Lin told The Australian this was part of the company's larger global strategy to diversify its holdings amid challenging conditions in China.

The new store, called Lesso Home, brings all the Lesso-manufactured products available in other shops throughout Australia under one roof, Lin told the reporter. He also said the company was diversifying its interests amid challenging conditions in China with plans to open more locations in North America, the Middle East and Asia.

Two years ago, China Lesso Group made its move in America, launching its U.S. pipe production in Corona, California.

DFW's rapidly growing population along the U.S. 380 corridor could make this an ideal launch site for this type of retail concept in Texas, said Ken Reimer, partner and co-founder of Dallas-based Venture Commercial.

"There's no doubt there's a growing population in this part of the region that could handle a store like this," said Reimer, who works with numerous retailers searching for land sites for storefronts along the corridor.

Reimer, who did not know about Lesso Group's plans, said with few retail competitors along the growing U.S. 380 corridor and a building boom, he could see why a retail company like Lesso would be attracted to the site.

Plus, Frisco has received international attention with its rapid population growth, which has attracted global companies and investors to the city, he added.

"Collin County and Frisco have done a good job of attracting companies from throughout the world," he added.