Retail and food sales posted a 6.1% year-over-year gain in Q3.

Consumer spending is expected to post healthy growth for the holiday season, driven by low unemployment and rising incomes from tax cuts.

Lending volume, as measured by the CBRE Lending Momentum Index, closed in September well above June’s level. Compared with a year ago, the index is up by 13.1%.
Despite the trend of higher interest rates and lower loan refinancings, demand for CRE debt remained strong, supported by an increase in sales transactions in Q3.

The Fed’s additional short-term interest rate hike in September to a target range of 2.0% to 2.25%, along with investors’ concerns over rising inflation and deficits, caused an expansion of the yield curve. Another short-term rate hike by the Fed is likely in December.

The benchmark 10-year U.S. Treasury settled above 3.2% in early October, approximately 40 basis points (bps) above its close at the end of June. Despite this, credit spreads on seven-to 10-year fixed-rate commercial and multifamily loans held steady.

After a favorable start to 2018, CMBS issuance slowed by midyear. As of mid-October, year-to-date issuance totaled $63 billion, down from $68.2 billion for the same period in 2017.

Excluding entity-level transactions, which is a better way to gauge the velocity of transactions, year-to-date investment volume was still up by 5.5% from last year to $351.6 billion and Q3 volume was up by 6.8% year-over-year to $122.8 billion.

Greater New York, Greater Los Angeles and the San Francisco Bay Area attracted the most investment in Q3, accounting for 24.5% of all acquisitions. The top-15 markets accounted for nearly 61.4% of total Q3 investment volume.

Pricing for all property types except retail is at an all-time high, with mild deceleration in recent months. Increases in multifamily and office pricing continue to lead the national index, while industrial continues to have decelerating growth.

Overall, commercial mortgage production year-to-date is slightly softer than in 2017, with combined CMBS and GSE lending down by 3%. CBRE’s Lender Momentum Index is up 13.1% year-over-year. 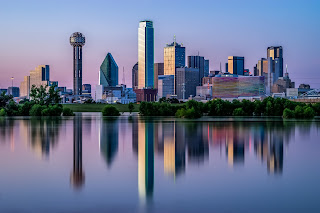 With a relatively low cost of living and population growth projections that outstrip other U.S. cities by two times, Dallas-Fort Worth has been named the top real estate market to watch in 2019.

The Emerging Trends in Real Estate for 2019 report from PricewaterhouseCoopers and the Urban Land Institute ranked the Metroplex as the number one market for overall real estate prospects in 2019 out of 78 other cities.

Austin and San Antonio also made it into the top 20 for overall real estate prospects in the annual forecast report, which is compiled from thousands of interviews with real estate experts across a spectrum of industries.

Mitch Roschelle, a partner at PwC, said the economic data points analyzed for the report suggest the strength of the economy and the discipline being practiced in the real estate market.

“If there is a downturn ahead of us, it won’t be real estate that caused it,” he said. “Right now there's way more discipline in all activities in real estate than there has been in any other time in the modern era. We haven’t gotten ahead of ourselves in terms of real estate development. I hope that real estate folks remain as conservative as they have in creating new supply.”

Roschelle said he's seeing that conservative behavior in Dallas-Fort Worth and it has kept the market from getting ahead of itself despite the ever-growing demand and push for growth.

As for what makes North Texas the one to watch next year, he said several factors come into play.

“The things that have been important in years past have been markets that have low cost of living and low, relative to the national average, cost of doing business. That’s where companies want to be and that’s where people want to be,” Roschelle said.

The low cost of living, low cost of doing business and tax efficiency continue to draw people to Dallas-Fort Worth, he said. And so much so that the area’s population growth rate is projected to be more than two times the national average in 2019.

“The growth in the population is skewed towards younger folks in Dallas,” Roschelle said. “The growth in the 0 to 24 age category is high and in the 25 to 40 category. [The population] is becoming younger, and those people are all the workers for the future.”
But as the population in the Metroplex grows, affordable housing is becoming more of an issue. Although affordable single-family homes are a contributor to Dallas-Fort Worth’s success, there aren’t enough of them, according to the report.

The report says focus group respondents in the Dallas area pointed to an increasingly prevalent “not in my backyard” mentality as the reason for the slow down in available workforce housing.

“Dallas traditionally was a place where there was a piece of land, and if someone wanted to build on it, they just built on it,” Roschelle said.

Now, though, developers are often met with a “you’re not building that thing near me” attitude, which tends to add hurdles like cost and time, he said. This contributes to the problem that Dallas-Fort Worth is facing with additions to housing supply not keeping pace with demand.

What the Dallas area has going for it, though, is a diverse and stable employment base thanks to the wide spectrum of industries represented in the area, Roschelle said. The report indicates that the market is expected to have high growth and low volatility when it comes to employment in 2019.

Here are a few things the report says to keep an eye on in 2019: